It's Steamy Sunday on Labor Day weekend and I should be in Minnesota doing steamy things but due to the vid I can't.  It's the 100th Birthday of this locomotive and I had hoped to be on it and firing it around the grounds during it's special year.  353 is a former Soo Line Switch engine and for many years has been pulling passengers around the 2 miles of track at the Western Minnesota Steam thresher's reunion in Rollag.  Happy 100th Birthday 353! 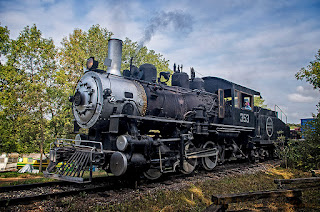